Happy New Year! 2019 was a momentous year, and not just because it marked the end of a decade. From the European Parliament elections in May to the Nairobi Summit on ICPD25 in November, which commemorated the 25th anniversary of the International Conference on Population and Development (ICPD), there is much to be proud of as we move into the 2020s. To look back at last year, at the achievements earned and steps taken, we turn to social media. What platform would provide a better way to get a sense of 2019 than Twitter, where each event is neatly distilled down to 240 characters or less?

Check out our ten most popular tweets of 2019 below. 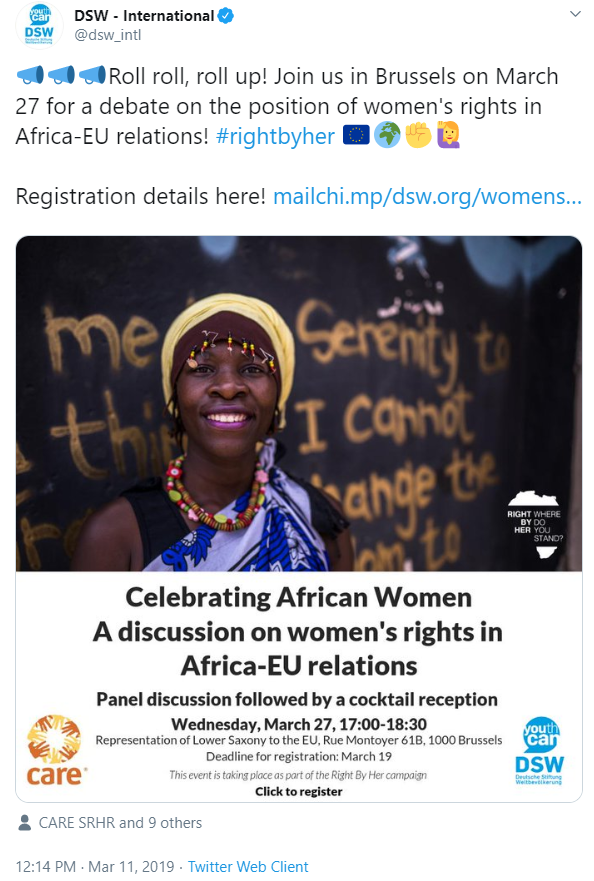 2. At the panel, Rodah spoke passionately about the experience of young women in her community in West Pokot, Kenya: 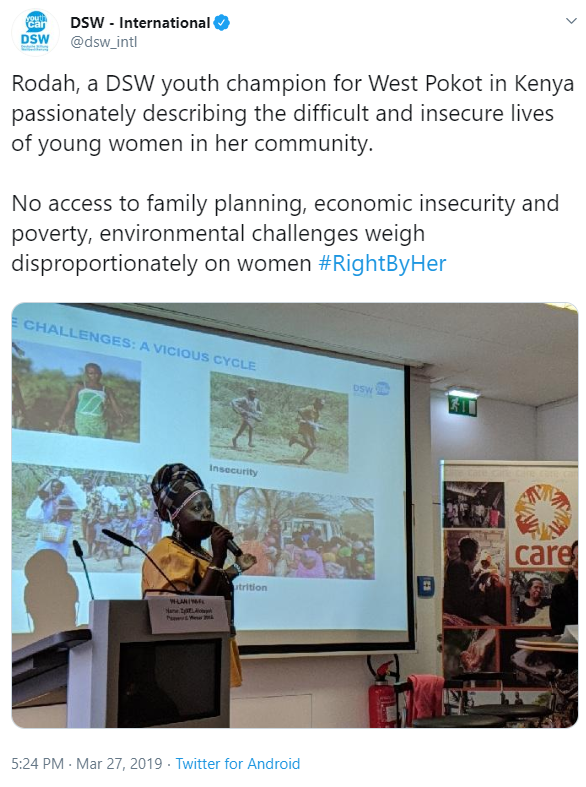 3. A new generation of HIV vaccines is in the clinical trial stage, taking us one step closer to eradicating the virus: 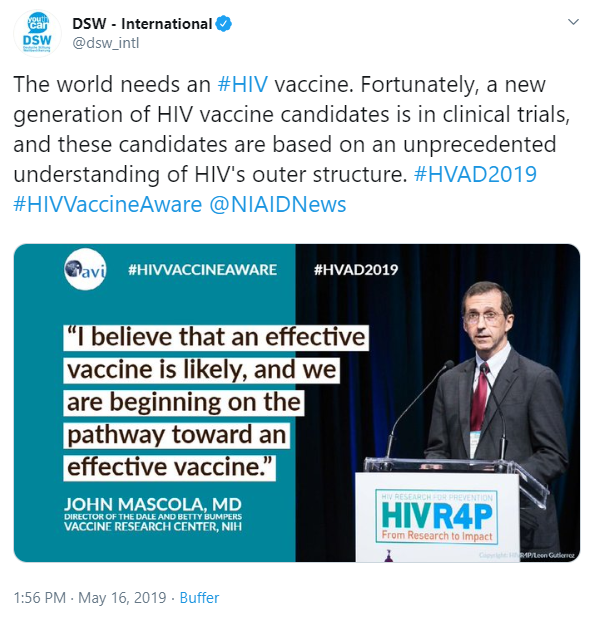 4. At the European Development Days conference on June 16-19, we explained how SRHR, the #RightByHer campaign and the Maputo Protocol are inextricably linked: 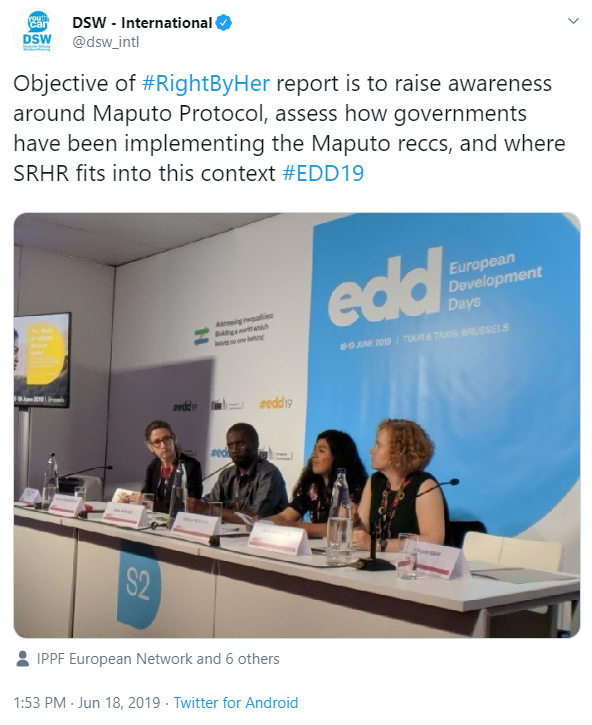 5. We said congratulations to all newly inducted MEPs in the European Parliament as they took their seats in July: 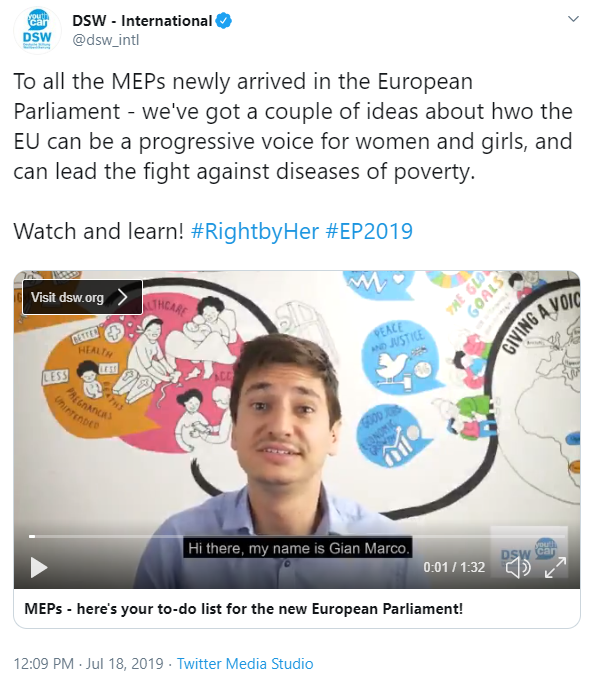 6. We held a competition on the #RightByHer Instagram (@rightbyher), asking people to post about why gender equality is important to them: 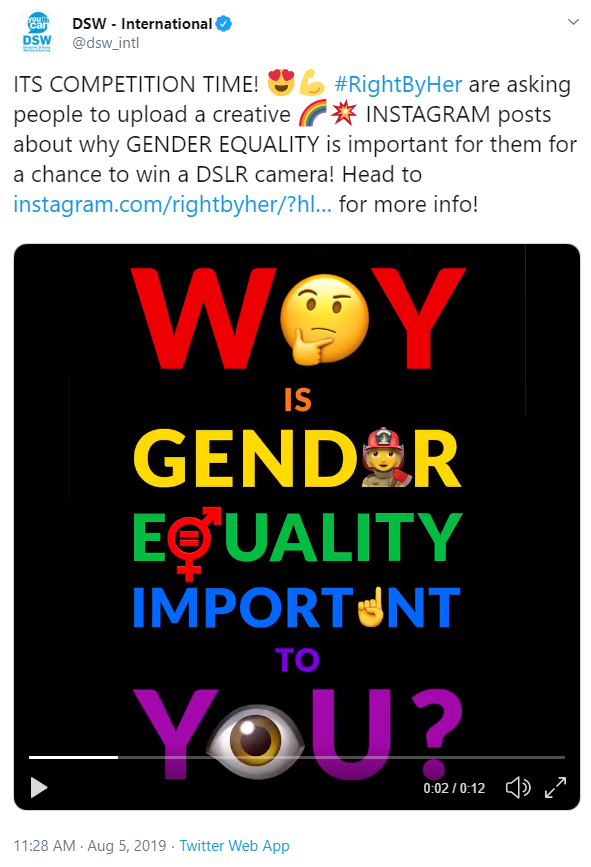 7. We look forward to the European Parliament’s advocacy for women and gender equality: 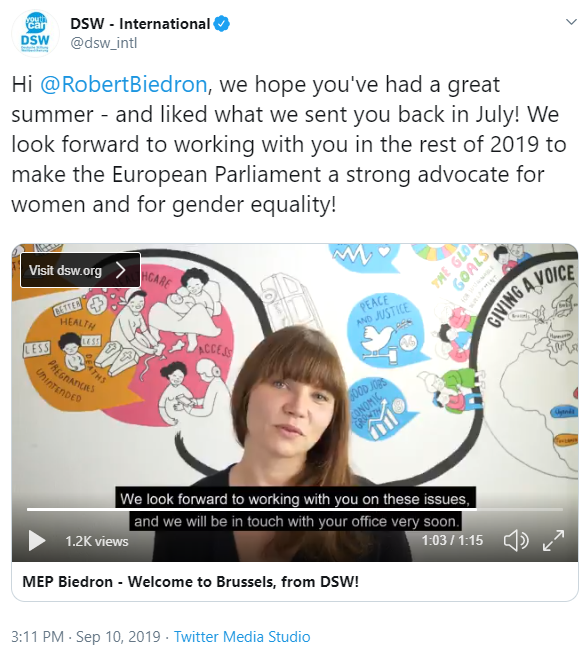 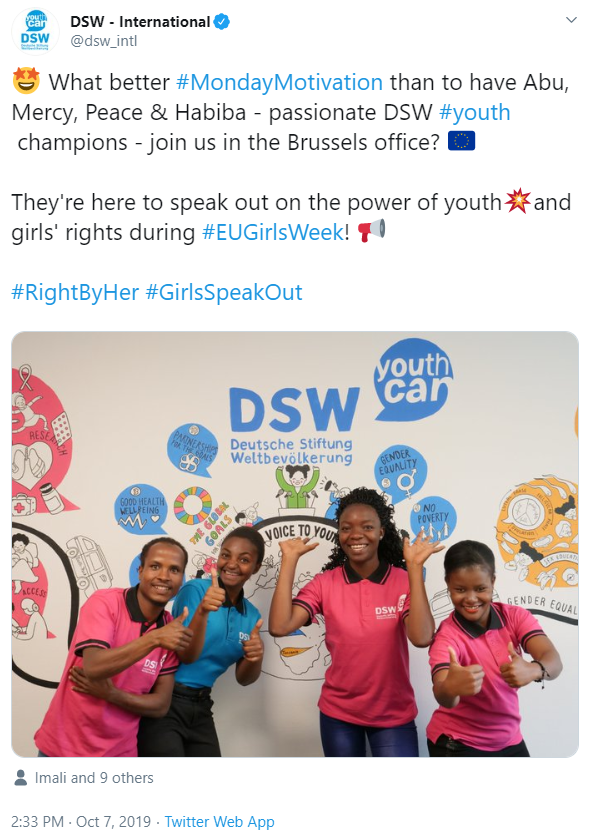 9. At the Nairobi Summit, we discussed the need for achieving zero unmet need for SRHR:

10. Our Executive Director Renate Bähr marches for the 214 million women who need access to modern contraceptives at the Nairobi Summit: 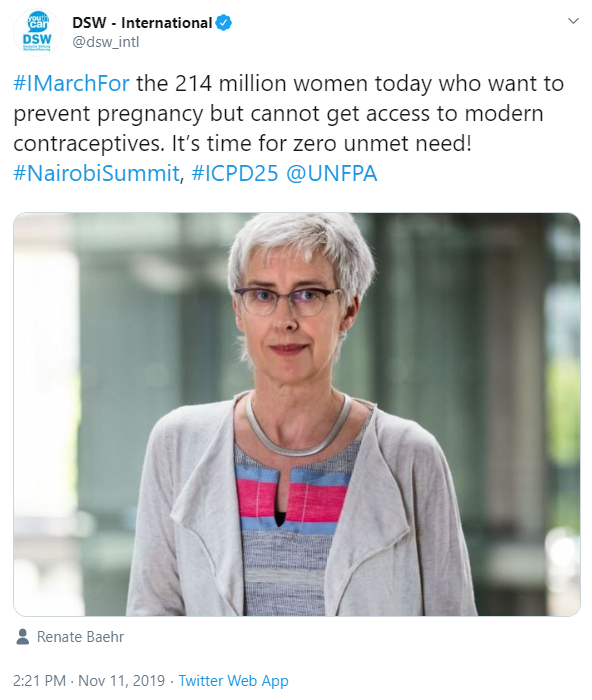 Follow the progress of the #RightByHer campaign on the website and on Twitter, Facebook, and Instagram. We are hopeful that 2020 will make good on the promises made in 2019 by continuing to work towards achieving zero unmet need for SRHR and by empowering the largest youth generation in history. We look forward to taking those steps with you!

Join the conversation! Subscribe to DSW's newsletter to receive special reports, updates, and all the latest news.

You have Successfully Subscribed!

This project is funded by the European Union

A project implemented by:

This project is funded by the European Union

A project implemented by:

This website uses cookies to improve your experience while you navigate through the website. Out of these, the cookies that are categorized as necessary are stored on your browser as they are essential for the working of basic functionalities of the website. We also use third-party cookies that help us analyze and understand how you use this website. These cookies will be stored in your browser only with your consent. You also have the option to opt-out of these cookies. But opting out of some of these cookies may affect your browsing experience.
Necessary Always Enabled

Any cookies that may not be particularly necessary for the website to function and is used specifically to collect user personal data via analytics, ads, other embedded contents are termed as non-necessary cookies. It is mandatory to procure user consent prior to running these cookies on your website.